The menu of Q Shack suggested by Sluurpy users

Find the best restaurant in Charlotte

Book a table with

Nonib
+4.5
Really Bad!!. We've given this place 2 tries. First time we had the pulled pork. Dry, bland not good. Recently we went back on our son's recommendation to try the brisket that he liked in the Raleigh location where he lives. It was way bad. Again, dry, bland just not good. It's advertised as "hickory smoked", but I guarantee this stuff has never seen a piece of wood of any kind, much less hickory. Also, the onion rings were blatantly frozen and really poor. It's a sad order of onion rings that I can't even get halfway through. I agree that Spoon's and Mac's Speed shop are much better.
Jul 19, 2014

Bill Williams
+4.5
Like it with Qualifications. My wife is one of those social outcasts who does not care for BBQ. Always thought it came from the fact that she is from Pittsburgh which is not exactly a
BBQ hot spot. That is until today.

She is on her way to the burgh to visit her granddaughters and I thought I would give this place a try. After all, I am a Southerner and I do like my Que.

Walked in and I thought I was in the Steelers gift shop up to and including a framed Roethlisberger jersey. Turns out the owner is from the South Hills of Pgh and he does turn out a pretty fair Que.

For my lunch, I ordered a Smoked Pork Butt plate which came with two sides. For the sides, I chose Potato Salad and BBQ Pinto Beans. The Pork Butt was very good although a bit on the dry side. I personally like the Pepper Vinegar Eastern NC style sauce and their sauce is very good.

The Potato Salad is very good but if you're expecting Southern Style, you'll be disappointed. This was more a midwestern style which fortunately I like so I had no problems there. All in all, it was very good although the portion was a bit on the small side. The BBQ Pinto's need to rethought. Not very good and very mainly partially cooked pinto's with chunks of stewed tomatoe in with them. BBQ beans should be slow cooked for hours until the cell wall of the bean breaks down and forms a thick broth. Beans should not be crunchy.

Nice atmosphere, particulary if you're from the burgh. Service is counter style and very good although the assistant kept trying to rush me when I first walked in and was studying the menu. First time there and the menu looked very good so it took me a while to decide. Not sure why he was trying to rush me because the place was not crowded and I was the only person in line.

In any case, it's a nice place with good food for a reasonable price.

This would definately be a place I would take my wife but won't because she does not like BBQ even if the owner is also from her home area.
Dec 26, 2013 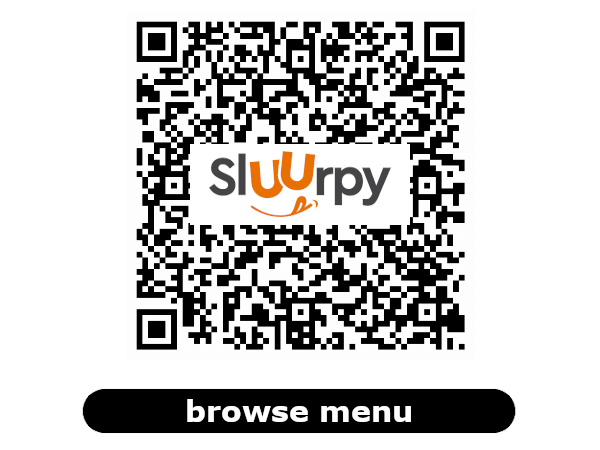 Our aggregate rating, “Sluurpometro”, is 90 based on 308 parameters and reviews